An interview with Frank Robinson, from Robinson Helicopters 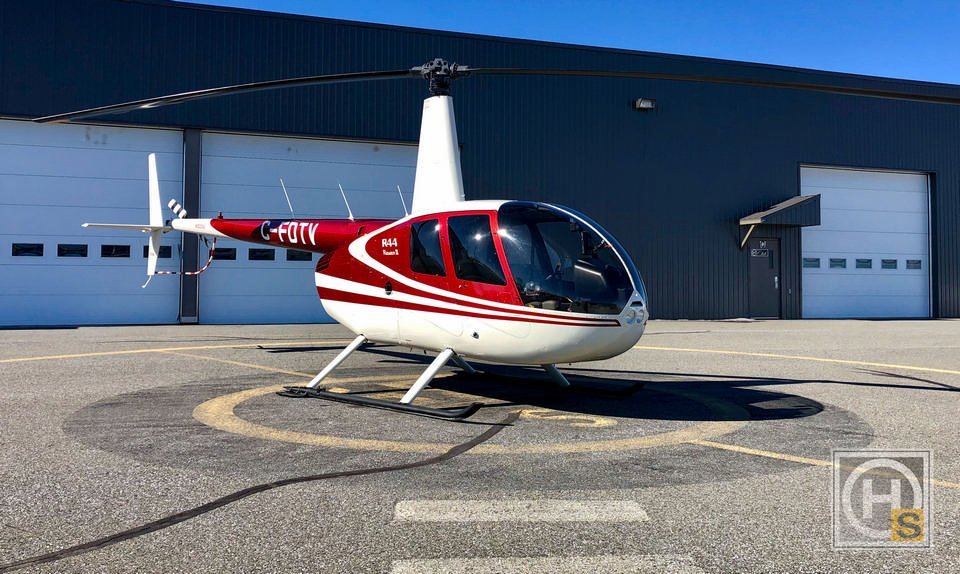 An interview with Frank Robinson, from Robinson Helicopters.

I’ve had the pleasure of meeting with you several times. I was there first for the introduction of the R44 helicopter, and now for the R66. We’ve often talked about the performance of your helicopters, but this time I would like Canadian pilots to learn more about Frank Robinson the businessman.

In the early 1970s, you quit your job to dedicate yourself to the development of the R22 helicopter. In 1973, you founded Robinson Helicopters, and now, 37 years later, you have sold more than 8,000 helicopters throughout the world. When you started out back in the early seventies, did you ever think your company would become such a major player in the industry?

Frank Robinson:Honestly, yes. I know this may sound a bit pretentious, but I believed that if I could build reliable helicopters at an affordable price, a lot of people would want to buy my products.

Marcel Boutin:What have you enjoyed the most in all those years?

Frank Robinson: My goal has never been to maximize profits to the detriment of everything else. We get the greatest joy from developing and designing helicopters, as well as from seeing hundreds of new pilots take up helicopter flying.

The fact that I invested so much in this new R66 project at my age (Mr.Robinson just turned 80) bears this out.You get great satisfaction and a sense of fulfilment when you see your helicopters flying all around the globe.

Marcel Boutin: You must have gone through some difficult times also?

Frank Robinson: It was tough at the beginning. I had no money, so I had to borrow, and even beg sometimes. As a result of the problems in the financial sector, 2009 was a particularly difficult year for the company.

Fortunately, 2007 and 2008 had been exceptionally good years financially, otherwise we would have been hit even harder by the economic downturn.

I also remember the first few times I had to go on an accident site after the crash of one of our helicopters.Those were not pleasant moments.

Marcel Boutin:As a successful businessman, what would you say to young people who are looking to start a business?

Frank Robinson: Today, the corporate world is controlled by financials and professional managers. Fewer people than ever work because they are passionate about what they do. Success does not happen overnight. It takes time and you need to have a good understanding of your sector. In my case, I had the good fortune to work all my life in a great industry.

Therefore, I would tell them to pick a sector they are passionate about and to be patient: the results will inevitably come.

It’s also very important to monitor your business closely. For a long time, I would insist on seeing the bookkeeping records, the bank balance, and the payroll on a daily basis.

Marcel Boutin: How would you describe your management style?

Frank Robinson: Not authoritarian. Self-sufficient. I don’t follow the “official” rules for managing a business. I trust my intuition for a lot of the decisions I make. The experience I acquired while working for six other organizations has also been very helpful.

For example, if we had a board of directors, they would have recommended that I retire when I was 60.This means that if I had listened to these“good managers,”we would never have developed the R44, since I was already over the age of 60 when that helicopter model was launched.And of course we would not even be talking about the R66.

Marcel Boutin: What do you see for your company in the future?

Frank Robinson: You know Marcel, I think the next stage will happen without me. I just turned 80, and I’m starting to think about taking more time off to enjoy myself. I’ve yet to decide if I’ll just slow down or if I’ll stop completely. Do you have any advice for me?

Seriously though, I have been working with the same wonderful team for at least 20 years, so I’m extremely confident that they will have no problem managing future growth.

Marcel Boutin: I’m willing to bet that you won’t be able to stop working completely. (Mr. Robinson shakes his head. He doesn’t take me up on my bet.)

As helicopters more accessible to private users, what do you think the future holds for this market?

Frank Robinson: I’m somewhat concerned. I think that the flight training centers have done an excellent job in training new pilots. However, once they have completed their initial training program, private pilots do not usually seek recurrent training.

At Robinson Helicopters, we carefully analyze all the incidents that involve our products, and we find that the great majority of these incidents could have been avoided with some training and/or prevention.

That said, I believe that this market will continue to grow. Already with the R44, we have made it possible for many people to use Robinson Helicopters in the course of their work. In certain parts of the world, however, people can’t purchase the R44 model because they do not have access to 100LL fuel. The arrival of the R66 resolves this problem. So the market should continue to expand.

In Canada, we have distributors – HelicoStore obviously being the best – who do an excellent job promoting our products. We have also developed a network of services to ensure that all our customers can fly safely. So the future of this sector is very promising.

Marcel Boutin: Now let’s talk about the arrival on the market of the new R66. What did you have in mind when you began designing the R66, your first turbine- powered helicopter?

Frank Robinson: We wanted to position the R66 between the R44 and the Bell JetRanger. As you mentioned, it’s our first turbine-powered helicopter, as well as our first aircraft where the cargo compartment is separate from the cabin. I had been trying to find the right propulsion for a long time.The diesel engine might have been an excellent choice, but we could not consider this option because of the weight issue. I was convinced that the R66 would be an excellent replacement for the Bell JetRanger. Although it has served the industry well, the JetRanger was designed in 1965, so it’s starting to show its age. Moreover, we needed a helicopter that consumed Jet B fuel instead of 100LL fuel.

Marcel Boutin: In the end, are you satisfied with the results?

Frank Robinson: Very much so. We achieved most of our objectives, and more importantly, we were able to maintain a very competitive price.Because of its low operating cost, the R66 is the least costly helicopter to fly. Our R44 clients will have no difficulty adapting to this new aircraft.They can learn to fly the R66 in less than an hour.

Marcel Boutin: Can you tell us more about your new helicopter?

Frank Robinson: I would be happy to do that. First of all, we opted for a Rolls Royce RR300 turboshaft engine with aTBO of 2,000 hours.Because of its inheritance (model 205), this engine has accumulated more than 200 million hours of flight time experience, it has excellent fuel consumption, and at a relatively light 176 lbs, it allows the users to carry more weight in the helicopter.

We widened the cabin by 8″, added a third seat in the back, and for the first time, added a baggage compartment large enough to accommodate two golf bags. Some will suggest that we should have taken the opportunity to modernize the instrument panel, but why change something that still works well?

This helicopter will cost a little less than US$800,000 (including standard options).

Marcel Boutin: When do you expect certification from the FAA?

Frank Robinson: We expect to get our certificate in the summer, and to begin production shortly thereafter. Deliveries are projected to begin of September 2010. In Canada, we have always received excellent cooperation from Transport Canada, so we should be able to get our Canadian certification in a few months. In short, your customers can expect to receive their first R66 Robinson Helicopters by the end of this year.

Can you explain why you decided to change your approach regarding distribution?

Our intention is to reduce the number of distributors and to ask more of the ones we keep. The sale of a helicopter is a major transaction, so we want to make sure that the people we select to work with us are able to provide our customers with quality support and service.

In past years, a few of our customers were disappointed by the level of after-sales service they received for our products. Unfortunately, these customers had often purchased their helicopter from resellers that were never authorized to sell Robinson products. It’s hard for us to support dealers that were never approved as authorized Robinson dealers. Even after we’ve explained the reasons for this, the fact is that everyday we talk to unhappy helicopter owners.

We believe that future R66 customers will want to have access to quality support and service. That’s why we will be striving to eliminate unauthorized dealers from the distribution system.

Marcel Boutin: You should be congratulated for this excellent initiative. Rest assured that we are behind you on this.

Thank you for your time Mr. Robinson. And on behalf of all owners of Robinson helicopters in Canada, I take this opportunity to thank you for having designed these great helicopters. I wish you long life. May I ask you a final question? Do you still fly?

Frank Robinson: Of course I do!

“…I believed that if I could build reliable helicopters at an affordable price, a lot of people would want to buy my products.”